Peter Lassooy, founder and founder of Sancti Adalberti, started in 2009. There is a beautiful Abbey in Egmond, but there was no Abbey beer in Egmond. Peter wanted to change this.

Adelbert came to our area around 690 AD to spread the faith. He settled in Egmond. Adelbert died in 740 and was buried in his spot in the dunes, which soon became a place of pilgrimage. In 922 the area came into the hands of Count Dirk I, the first count of Holland. Dirk I had a nunnery in Hallem (now Egmond-Binnen). Adelbert appeared in the dream of Wilfsit, one of the nuns, and told him to dig it up and bury it again in the Hallem monastery. Dirk had the bones of Adelbert excavated, then the miracle happened. There was a well in the place where they found him. This holy water is added to every brew.

In 2009, Sancti Adalberti Tripel was brewed at the De Prael brewery in Amsterdam. 10 years later there is now a brewery in Egmond and brewery Egmond now makes 6 different organic abbey beers, Egmondse Blonde, Egmondse Weizen Egmondse Dubbel, Egmondse Tripel, Abdijbock and Pastorale. Since the start of the beer, there has been a license agreement with the Abbey in Egmond and part of our proceeds will go to the Abbey. The Egmond Brewery is also brewing sustainably and the brewery is heated by a steam generator.

Meet our story and our beers! You will experience the beautiful Brewery in Egmond through a tour including tasting. Reservations are desirable but not required. Open Friday, Saturday and Sunday from 4 p.m. to 8 p.m.

The "eigenweizen" white is a 3-grain Weizen beer brewed in German style, ie with more than 50% wheat malt. The three different aroma hop varieties provide a subtle and pleasant bitterness. The beer foams beautifully white, colors gold in the glass and is lightly veiled. With organically grown grains.

Describes itself best as a blond aromatic abbey beer with a nice bitterness of the Sorachi-Ace hop and a slight alcohol content. Ideal as a digestive beer, as the bitterness generates the appetite. The scent is aromatic, citrus-like. The main taste is slightly malty, bitter. The aftertaste is sweetish, bitter. With organically grown grains.

A nice ruby red double, with the scent of ripe red fruit and caramel. The flavors of caramel and roasted malt are harmonic and refined. His aftertaste is slightly sweet and bitter, worthy of an abbey beer. With organically grown grains.

This powerful tripel colors golden blonde in the glass. The beer has a pronounced hoppy bitterness with floral notes, a bitter aftertaste and a tempered sweetness. A characterful abbey beer. With organically grown grains.

A deep red Abbey bock with a scent of caramel and roasted malt. The main taste is caramel sweet, bitter. The aftertaste is malty, bitter and warming, ideal for the fall season.

A delightful Egmond winter beer. The rich scent has both fruity and spicy characteristics. The full malty caramel flavor with a fresh touch of lime blossom makes Pastorale a heart-warming beer. With organically grown grains. 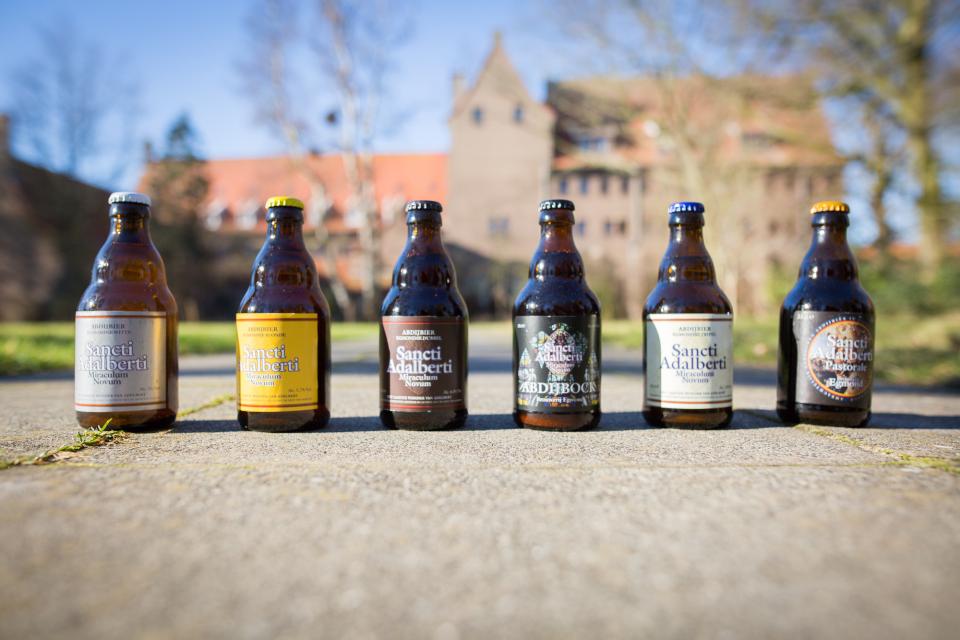 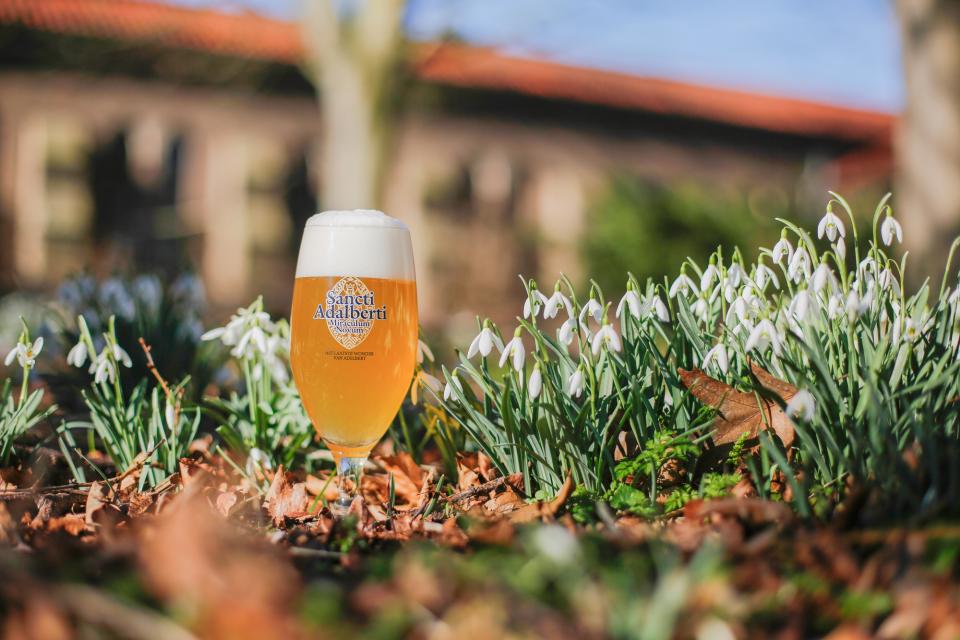 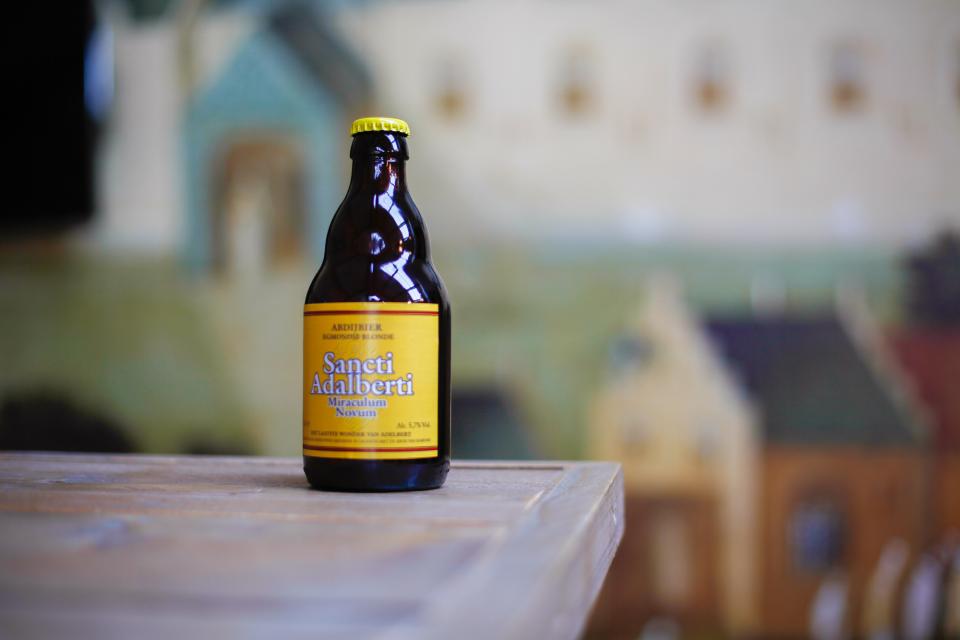 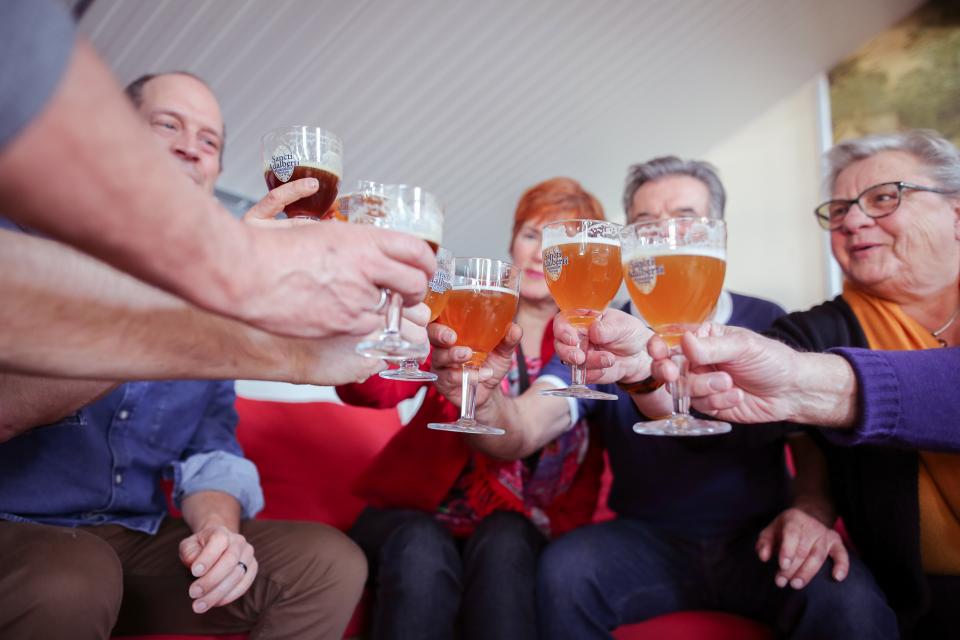 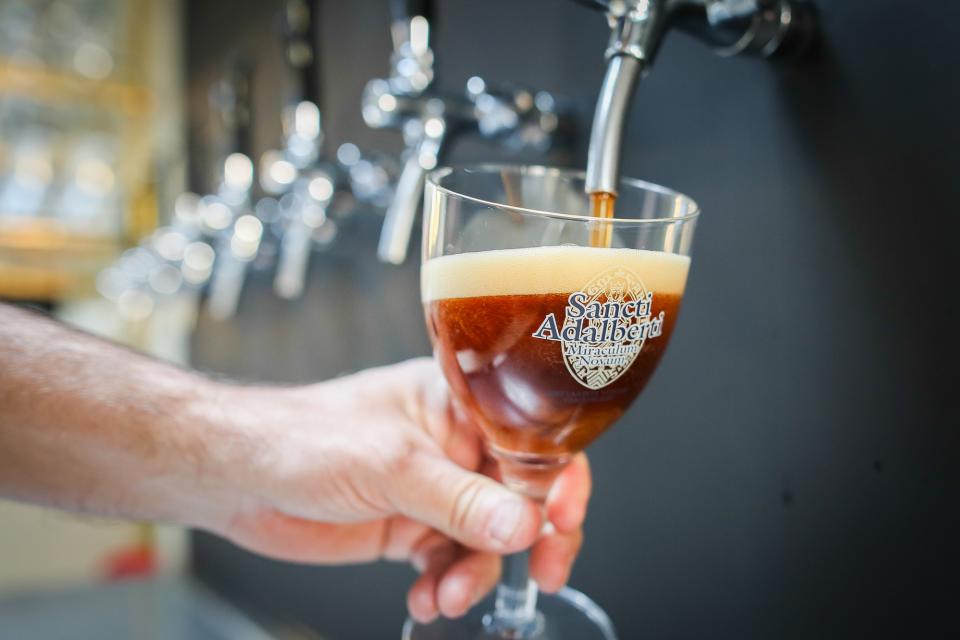 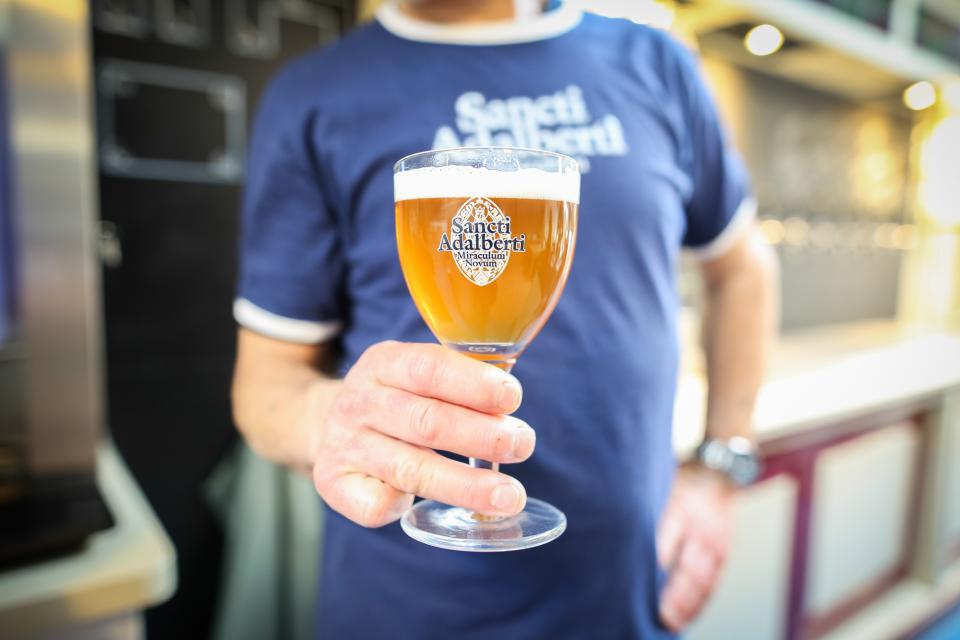 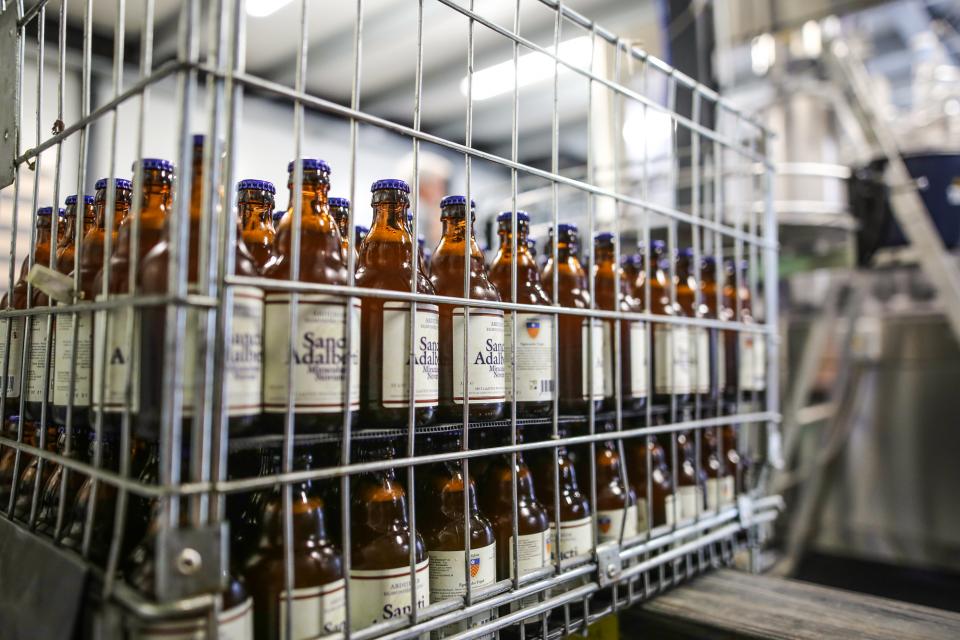 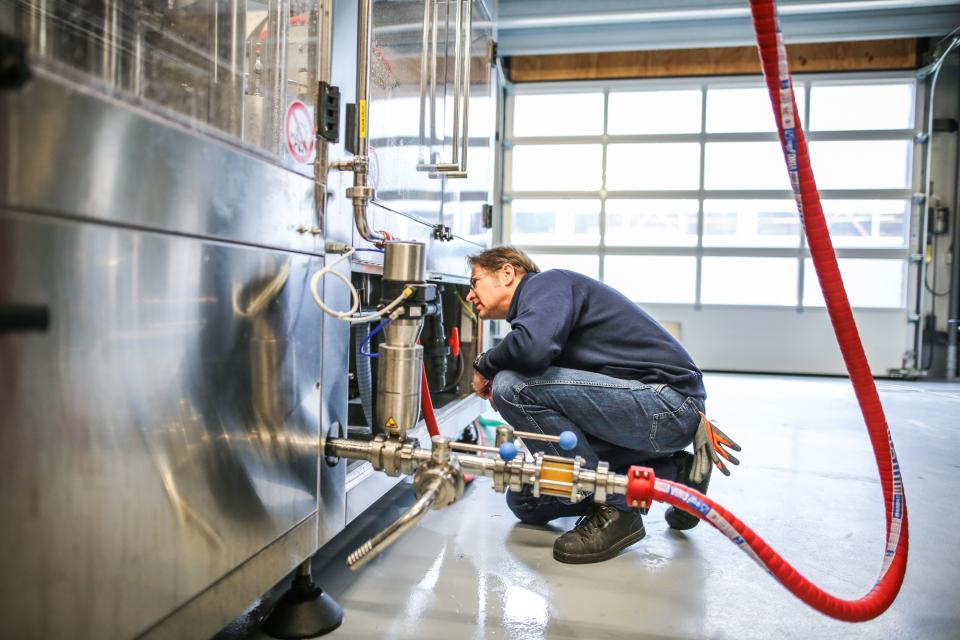 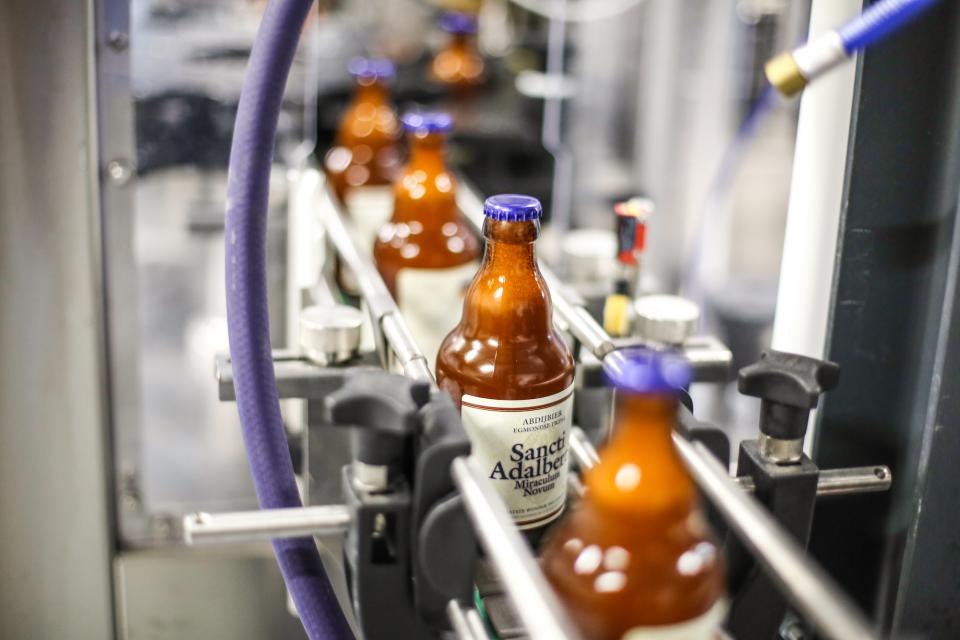 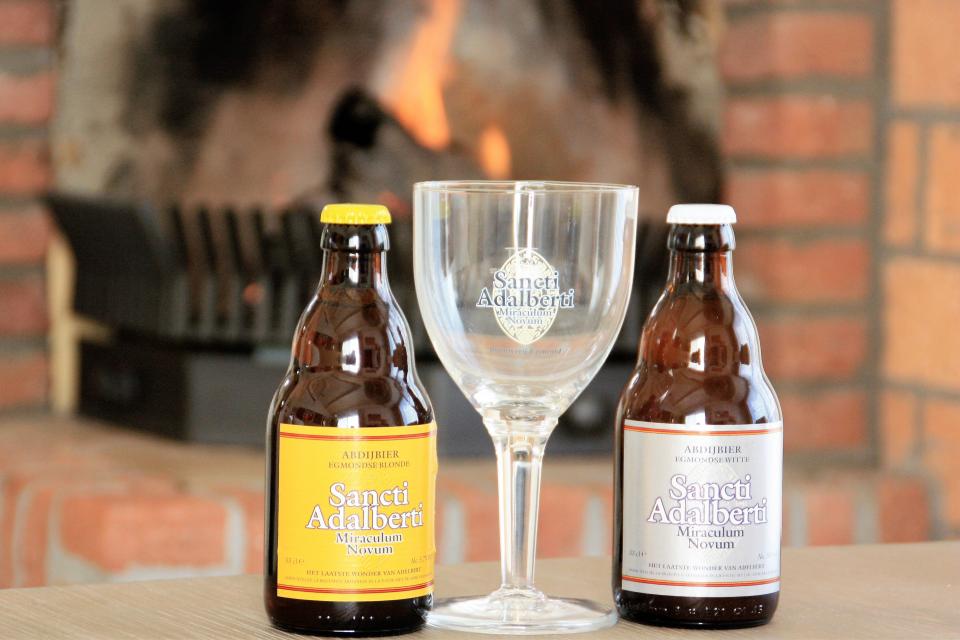 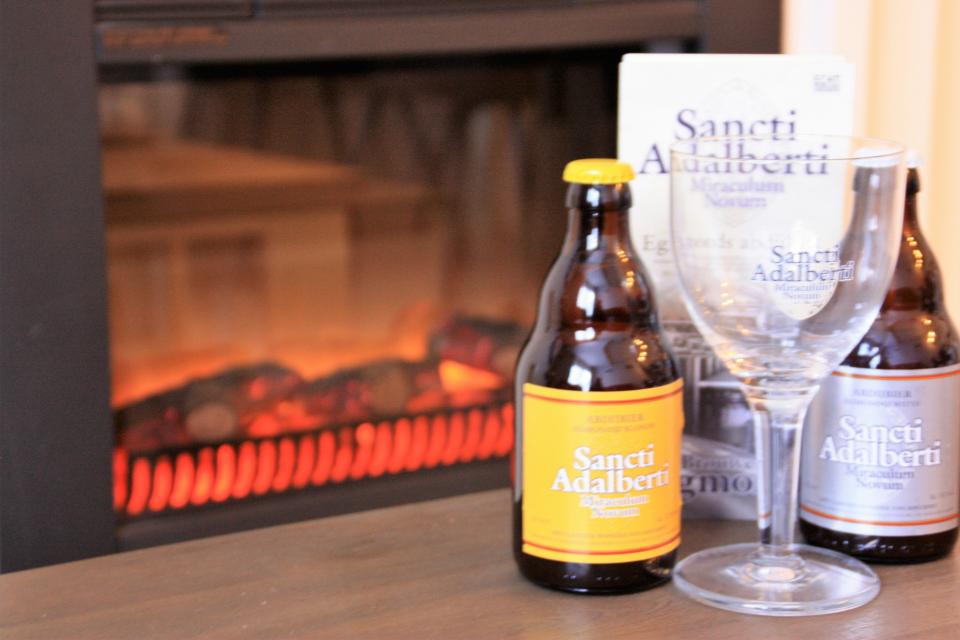